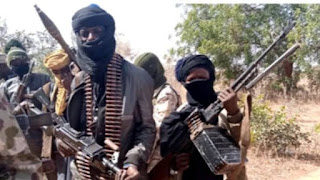 One of the residents of the village who fled the attack while briefing news men  said that the gun men Came to the village on bike  at about 1:30 pm on Sunday shooting sporadically at people .

" I was at a different part of the village when I heard gun shuts and screaming from the villagers and immediately i hid my self in a near by Bush until the shooting abated.

"After the gun men has departed the village I discovered that they have killed six people and wounded several others.

" After my discovery , I had to live village for Gusau as I thought the gun men might return to unleash more  terror" he said .

Meanwhile there has not been any further report from the spokes person of the State police command, SP Mohammed Shehu at the time of filing this report.

There are still indications that bandits are still attacking the village despite the security measures that had been put in place.

Many  farmers has deserted their farms and several others fled to Gusau to beg for food.