An army officer, Sergeant Torsobo Solomom has been apprehended by the Nigerian Army  in connection with the NDA Kaduna bombing which took place on the  24th August 2021. 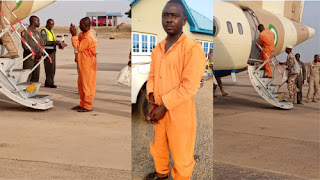 This has been made known in a statement by the  Nigerian Army Confirming that the army officer was arrested on Monday in Yola Adamawa state .

The statement reads: “On 08 Nov 21, at about 0600hr, NAF07/ 23922, SGT Torsobo Solomon of 153 BSG (AIR FORCE COMPREHENSIVE SCHOOL YOLA) was arrested on the order of the Base Commander as requested by the NDA Commander for an offence connecting with arms and ammunition with recent bandit attack at NDA Kaduna.