The double wahala crooner , Oritsa Femi has denied bringing a strange woman to her home while his wife has gone to work.

It could be recalled that his wife made this claim earlier stating that a certain girl comes into her home to have sex with her husband  while she had gone to work ,in her words on Twitter she said,

“Whoever the imbecile is that came to my house while I was away at work to have sex, you need to identify yourself. It was shocking news when it was posted a few months back, but now I can confirm. On a Monday morning, when people are out to look for daily bread some people, it is sex that is their problem.”

Th posts from Manila Fash ,Femi's wife incited different reactions on social media as many believed she was talking about her husband being unfaithful.

However Femi said in a chat with punch newspaper that his wife wasn't referring to him and that he has never brought in another women into his matrimonial home.

He further said that his marriage is intact.

"My wife only made a post on social media which wasn't about me. She was only talking about a friend of mine who returned from abroad and I accommodated him. She is only angry that my friend brought in a woman into our home" 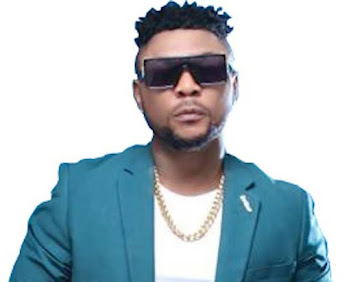 "I have explained to her how this friend accomadated me whenever I travel out of the country. I even have to send this my friend away including some of the boys staying with me even though they know nothing about the incident. I have never cheated on my wife. My marriage is very much intact" he said.