March 04, 2019
An unidentified man was arrested in Kwara State for allegedly having sex with an underage primary school student.
The man was sexually assaulting the girl in the bush when he was spotted by a passerby who then raised alarm. Locals gathered and apprehended the suspected rapist.
Facebook user, John, who shared the information online, revealed that the man was beaten by locals before being handed over to the police for sexually assualting a minor.
Last week, a clinical officer defiled a 14-year-old girl who needed medical examination after being rped by another person.
The girl said she went to the dispensary in Kathonzweni to be examined after she had been defiled by her neighbor. 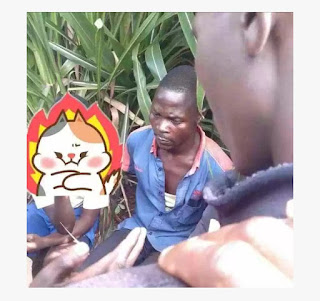