R.Kelly pleads not guilty to sexual abuse charges, released from jail on $100,000 bond

February 26, 2019
CHICAGO: US singer R. Kelly was released from jail on a $100,000 bond after pleading not guilty to 10 sexual abuse charges against three minors.
The 52-year-old was released from a Chicago prison on Monday afternoon, reports Efe news.
Kelly briefly appeared at a hearing earlier on Monday at a court here and pleaded not guilty before Judge LeRoy Martin, who is handling the case.
The district attorney in charge, Kimberly Foxx, has indicated that the 10 criminal charges the singer is facing are linked to four victims, three of whom were, at the time of the events, less than 17 years old.
If convicted, Kelly could be sentenced to three to seven years in prison for each of the accusations.

The singer, who surrendered to the authorities on February 22 after the charges against him were announced and who spent the weekend in prison, has at all times denied having committed any crime.
Attorney Michael Avenatti said he handed over a videotape to the Prosecutor's Office in which Kelly allegedly had sex with one of the victims, a 14-year-old girl.
Prosecutor Foxx has publicly asked Kelly's alleged victims to testify to facilitate the investigations. 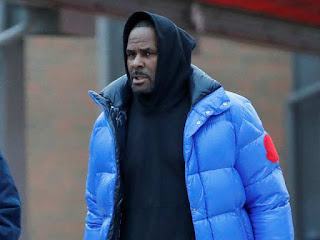