November 22, 2018
The online copy of a new book written by former President Goodluck Jonathan titled, ”My Transition Period” is fake, says the ex-president’s media aide.
The book was launched on Tuesday, November 20, 2018, in Abuja, Nigeria’s capital.
But soft copies of it in PDF, which have been shared on social media particularly WhatsApp, shows inaccurate information.
According to a report by Punch, it was also learned that the soft copy has 254 pages while the real book is 194 pages, with some chapters missing from the online version.
Jonathan’s media aide, Ikechukwu Eze, said the book was being pirated by mischief makers, adding that the former president would formally react to this development soon. 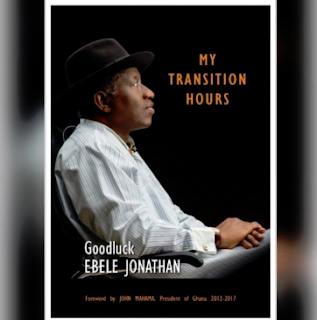