The Director-General of the Cross River State Emergency Management Agency, Mr John Inaku, has confirmed the death of fifteen people who lost their lives in  21 communities in severe flooding in Cross River in July and August this year.

Four major streets in Calabar South, including Goldie, Target, Yellow-Duke, Ekpo-Abasi and others were heavily flooded after a down pour early on Monday.

According to him, no fewer than 21 communities in 12 Local Government Areas in the state have been flooded with thousands of residents displaced.

Inaku told NAN on the sidelines of the tour that crops such as cassava, yams, groundnuts, okro, vegetables and other cash crops had been destroyed by the flooding.

“Between July and August this year, we have witnessed 217 flood cases in 21 communities in 12 Local Government Areas of the state.

“Sadly, 15 people have lost their lives to the tragic incidents. Seven died in Biase, four in Ogoja, three in Yala and one in Obubra Local Government Areas.

“We are appealing to the state and Federal Government to look into the plight of these people, particularly Biase people, where water washed away people while they were asleep.

“Some of the victims died as they went to harvest their farm produce while others died while trying to safeguard their canoes and fishing nets.’’

The director-general, however, warned residents in Calabar metropolis to stop dumping refuse in water channels, saying that such acts were blocking drainage and causing flooding.

One of the flood victims in Calabar South, Mr James Okon, who was seen removing valuables from his house, said the area usually witnessed flooding during the rainy season.

According to Okon, efforts by residents in the area to draw the attention of government to their plight have not yielded any result.

“The issue of flooding in this area has been given less attention by the State Government. You can see for yourself how water has destroyed all my property. 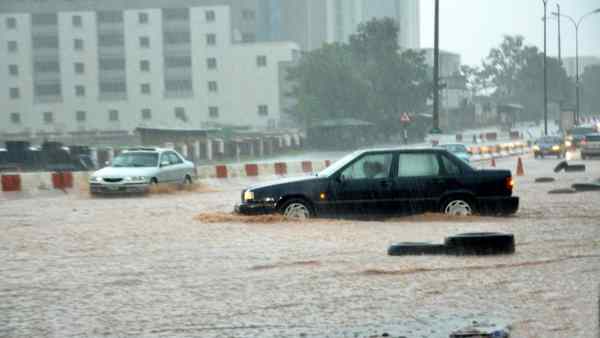